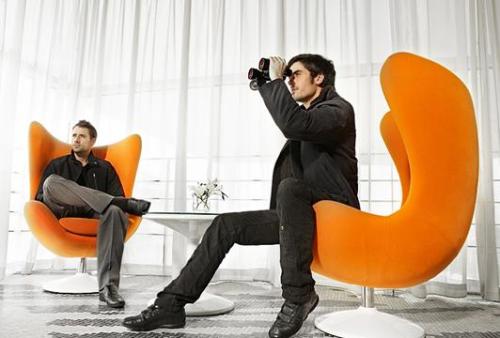 Large-scale closure of low-efficiency stores and wholesale-based ** ordering systems are being combined with spot-type ordering orders.... For business casual menâ€™s three â€œgiantâ€ seven-penny, Jiumuwang, and China Lilang, they are conscious that they have previously The "sequelae" of extensive expansion is becoming prominent, and it is accelerating the search for transformation breakthroughs. Only at present, they must still undergo the â€œlabor painsâ€ of the transition period. Moreover, this â€œlabor painâ€ will continue for some time.

In 2012 and more than 10 years ago, they have always enjoyed the sweetness of high growth. However, by 2013, their business conditions have been declining sharply for the first time in many years, and the total "Double decline" in revenue and net profit.

The seven wolves said that the impact of terminal weakness since 2012 on the companyâ€™s performance began to show up in 2013. The main reason was that due to the impact of the macro environment, the apparel retail industry was sluggish and the company's orders fell. At the same time, the company reclaimed more inventory in order to ease the pressure on the distribution channel inventory.

In 2013, Jiumuwang achieved revenue of 2.501 billion yuan, a year-on-year decrease of -3.81%, and a net profit of 537.3 million yuan, a year-on-year decrease of -19.62%. Among them, its traditional offline channel revenue was about 2.36 billion yuan, down about -3% year-on-year. Jiumu Wang said that due to the slowdown in domestic economic growth, end-user consumption continued to be sluggish, subject to the decrease in sales terminals and the impact of e-commerce, the companyâ€™s product sales volume was 9,927,900 units, a decrease of -4.67% from the same period last year, and sales volume decreased led to the company The decline in operating income.

However, in 2013, the situation drastically changed. In the first half of 2013, Jiumu Wang and China Lilang both began to experience a â€œdouble declineâ€ with revenues of 1.163 billion yuan and 1.093 billion yuan respectively, representing year-on-year declines of -2.29% and -13.20%, and net profits of 290 million yuan respectively. 2.42 billion yuan, a year-on-year decrease of -14.03% and -12.80% respectively. Seventh Wolf's revenue has also begun to decline, achieving revenue of 1.423 billion yuan, a year-on-year decline of -4.27%, but net profit of 256 million yuan, still achieved an increase of 4.28% over the same period. In the third quarter, the situation was still deteriorating. Seven wolves with a slight increase in net profit in the first half of the year also joined the double-dip "queue." This situation has not improved until the end of the year.

With the declining performance, the three â€œgiantsâ€ have also entered the adjustment period for dense stores. In 2013, the total number of stores of the three brands decreased by 669 in total.

As of the end of 2013, seven wolves had operated a total of 3502 stores, of which 464 were directly operated stores and 3,038 franchised stores, which were approximately 65 and 440, respectively, compared with 2012, totaling a total of approximately 505 stores.

For this, analysts of the Guojin Securities textile and apparel industry believe that the future of the domestic men's wear market will continue to linger at the bottom for a long time.

Guo Rui, Guo Caiyan, an analyst at CICC's textile and apparel industry, pointed out that the current inventory destocking in the menswear industry is still in progress and end consumer demand is still weak. Affected by this, the short-term performance of the company is unlikely to be significantly improved, and the inflection point is expected to emerge at the end of the year or early next year.

Ever Brightâ€™s textile and clothing industry analysts Li Wei and Tang Shuang Shuang believe that the bad period may be even longer. â€œThe current men's apparel industry is still in an adjustment period and it is expected that it will not be able to gradually improve until the end of 2014 or the first half of 2015.â€

The downturn in consumption, the high premium of the brand is no longer favored, and the three â€œgiantsâ€ that have been indefinable all the time have encountered difficulties at the same time. The deep reasons are many. First of all, under the overall sluggish consumer environment, market competition has intensified, consumers are more rational, and brand premiums are no longer popular.

According to data from the China National Business Information Center, in 2013, the retail sales of the 100 key large-scale retail enterprises nationwide only grew by 5.0% year-on-year, a substantial slowdown of 7.3 percentage points from the previous year. Among them, the retail sales of men's clothing showed a negative growth, which was a year-on-year decline of -1.3%, and the growth rate was lower than the 12.4 percentage points in the same period of last year.

In a downturn environment, consumers' consumption habits are more rational and consumer attitudes have undergone a fundamental change. In the industry, the premium rate of the leading menswear brands in mid-to-high end positions is generally about 4 to 8 times, and the high-end positions are even as high as 10 and 13 times. Many branded apparels have experienced rapid growth in the past and rely on high premiums of such brands. . However, seven wolves said, "In the current environment, brand premiums have become more difficult for consumers to accept, consumers are more inclined to pursue more cost-effective products."

On this point, you can use Hai Zi's home as a comparison. As an important embodiment of the differentiation of domestic business casual men's â€œleadingâ€ brand Haishu home, â€œprice dislocationâ€, the companyâ€™s product price increase rate is only 2.5 times, significantly lower than the level of the industry. In 2013, the company lowered its terminal sales price by approximately 15%, driving a significant increase in sales volume by more than 80%. Coupled with the uniqueness of the model, in the general environment of the general downturn in the men's market in 2013, the performance of Hailan Home has achieved high growth, with revenue of 7.15 billion yuan, a year-on-year increase of 57.9%; and a net profit of 1.47 billion yuan. , a year-on-year increase of 58.2%.

At the same time, consumer demand is more personalized and the requirements for products are higher, and the market is further subdivided. Due to the long-term implementation of the "ordering system", the response of domestic garment enterprises to the market has lagged behind, and it has not been completely oriented to the needs of end consumers. In addition, the lack of innovation capabilities and mechanisms in the apparel industry has resulted in a higher degree of product homogeneity and increased competition among companies, while also facing competition from international brands and emerging brands.

At present, the prices of commercial properties in the core areas and core commercial districts of major cities are still operating at a high level, the labor price continues to rise, and the upstream and downstream production and operating costs continue to rise. In the event that the terminal store's store performance was affected by the weak environment, the dealer's profits were squeezed again, which dampened the terminal's enthusiasm for opening stores.

The data shows that rent and labor costs currently account for more than 60% of retail business operating costs. Labor costs have double-digit growth every year. If you do not raise wages, you will not be able to recruit people.

Rent is another major pain point, and store rents have to increase by 20% to 30% every year. Most branded physical stores are leased, and once they are difficult to rent, they may face the risk of closing stores. Even if they are renewed, they will face the risk of high rental costs.

Seven wolves said that the main reason for the company's large-scale reduction in stores in 2013 was the concentration of stores at the peak of the store's opening in 2011, and dealers chose to close stores due to a decline in investment returns. Nine animal husbandry Wang also said that due to the overall economic downturn, franchisees inventory backlog in the past two years is generally higher, the terminal rental is still at a high level and other factors, franchisees have greater pressure on the profit, in 2013 the franchisees have reduced their willingness to open stores.

In the past 10 years, the extension of high-speed expansion has made great contributions to the rapid expansion of brand sales. In 2005, there were 960 franchised stores for seven wolves and only 8 directly operated stores, and the main business income was only 313 million yuan. In 2011 and 2012, it was still two years of outward expansion of seven wolves. In 2011, the number of company's terminal channels was 3,976. The weak domestic demand that began to appear in 2012 also failed to stop seven wolves. The number of its terminal channels increased by 31. As of the end of 2012, its overall number of stores soared to 4007, and its revenue increased to 3.477 billion yuan. In eight years, the number of stores has increased by 4.14 times and revenue has increased by 11.1 times.

However, in 2013, the "bitter fruit" brought about by the expansion began to appear. The company's inventories amounted to 7,461,100 pieces, an increase of 15.24% over 2012. Although the proportion of inventories in the total assets of the company dropped by -0.61%, the total inventory value increased from 566 million yuan in 2012 to 657 million yuan.

Although Lilang has slowed the pace of opening stores in 2012 and began to integrate some low-efficiency stores, LILANZ still had a net increase of 195 stores. In 2013, reducing inventory has become one of Lilang's main tasks. At the end of the year, Lilang sold the off-season garments of the major direct-operated stores across the country through the â€œend-of-year sales eventâ€. The cheapest price was less than the discounted price.

In the annual report, Lilang said that the companyâ€™s channel inventory for 2012 and previous products has been largely cleared, and its product inventory in 2013 is also approaching a healthy level. The financial report showed that Lilangâ€™s inventory balance fell by 3.3% year-on-year, but the average inventory turnover days increased by 21 days to 76 days.

In 2013, the inventory of Jiumuwang slightly decreased by -4% from the beginning of the year to 625 million yuan, accounting for 25% of the total revenue, but still at a relatively high level. For this reason, the company properly digested some stocks through e-commerce platforms and flat-rate stores. .

The e-commerce fierce impact on the traditional retail model If we look at the external competitive environment, the fourth important reason is the impact of online sales.

In response to this, the three companies have invariably pointed out that the rapid development of business model brands and e-commerce provides consumers with a huge choice of space, and more and more purchases and payment behaviors have been transferred to new areas. The pattern produced a greater impact. This has also brought about rapid changes in consumer spending habits, consumption patterns, and consumption concepts. This has created huge challenges for the growth of brand expansion in the past through store expansion.

Fortunately, companies are now clearly aware of the challenges and actively seek transformation. Septwolves said that from the perspective of the entire environment, the old business model based on extensive business operations, ignoring refined management, and waiting for customers to come to the door, which is based on the rapid economic development of China, has become obsolete. Companies must accelerate the pace of transformation and upgrading.

Jiumu Wang also stated that the company will pay more attention to the refined operation of the brand in the future, and will focus on â€œoptimizing the store structure, strengthening the storeâ€™s retail operation management, and improving store efficiencyâ€ as the focus of future operations. However, the transition from relatively â€œextensiveâ€ growth to refinement requires time and experience and may not be able to quickly increase operational efficiency in the short term. Therefore, the company will increase investment in refined operations and strengthen strategic planning. Strengthen organizational structure adjustment.