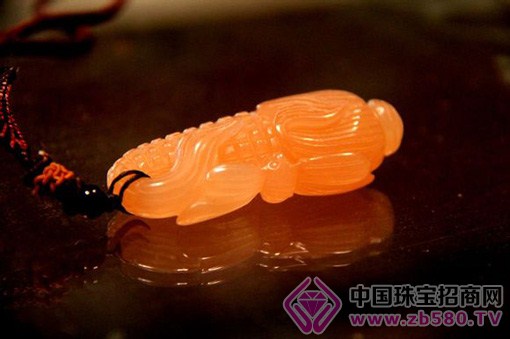 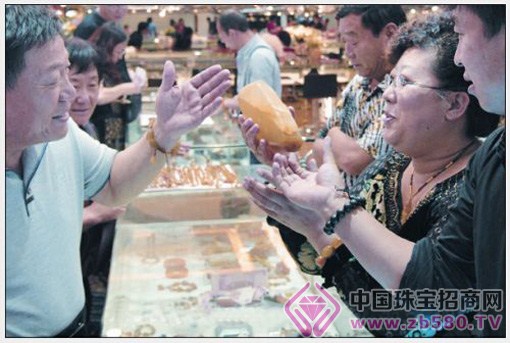 Guangdong Jinsiyu Exchange Conference has attracted the attention of many people.

The prices are changing with each passing day, and the varieties are being updated. The â€œnew jade speciesâ€ appearing everywhere have made the collectors more and more confused...

Xinjiang Jinsiyu, Hubei Chicken Blood Jade, Gansu Dunhuang Jade, Guangxi Jinsha Jade... Nowadays, in the jade market, various endless â€œnew jade speciesâ€ have become the sought after targets of collectors. Some people expressed their welcome and others were deeply worried. So, are these new varieties that are constantly emerging in the end? Are they worth collecting? Can you finally get recognition in the industry?

Recently, in a collection market in Beijing, a chicken blood plum blossom jade from the Shennongjia forest area in Hubei is particularly eye-catching and has become a sought after object for many jade collectors. Ge Ruilin, a jade operator from Shiyan, Hubei, said in an interview that the chicken blood plum jade is a precious jade newly discovered in the virgin forest of Shennongjia in recent years. "Since the beginning of this year, experts from all walks of life and jade collectors have gone to our Shennongjia for more than a dozen. Many experts have said that, without any surprise, Shennongjia chicken blood jade should be the next high-priced gem in the domestic collection market. "Grey Lin said.

In fact, in recent years, this kind of new jade named after "chicken blood" is not rare. In addition to Shennong chicken blood jade, there are Qinba chicken blood jade in Xunyang, Shaanxi, Yellow River bloodstone in Gansu, and colorful chicken in Guilin, Guangxi. Blood jade and many other varieties, these varieties are also known for their quality, jade, and blood.

In addition, in the jade collection market and jade fairs everywhere, the new jade species that do not have the same name as the "chicken blood" are constantly emerging, and there is a lot of blowout. â€œXinjiang Jinsiyu is also one of the new jade species.â€ Zhou Zhen, a veteran of a jade collection in the Beijing Baoguo Temple Collection Market, told reporters that this golden jade is produced in the Devil City in Wuerhe District, Karamay City, Xinjiang. The ancient Silk Road area, such as the Gobi Desert and the desert, has fine stone and diverse colors, and is currently at a high price in the market. He said: "Since the beginning of last year, the sales of gold silk jade in the market has been booming, and its crafts, jewelry and rough stones are everywhere. There is a so-called 'gem light' pendant, which is as high as 10,000 yuan per gram. The price of the original stone of Jinsiyu has increased at least 20 times."

According to Zhou Zhen, in addition to Jinsiyu, in the antique jade shop in Beijing Shilihe, Laiguangying, Aijia and Tiantongyuan, the Jinsha jade from the Tunxi area of â€‹â€‹Guangxi is also popular among jade lovers. He said that in recent years, the price of Jinshayu has stood out from the crowd and has become a new favorite of domestic and foreign customers. A statue of Guan Yu, who was 50 cm high, was acquired by Taiwanese businessmen at a high price of 2.8 million yuan. â€œIn addition, the popular varieties on the market are Dunhuang jade in Gansu, which is also known as a high-quality white jade after Hetian jade and Kunlun jade. It is said to be being exploited on a large scale.â€

It is undeniable that the current variety of new jade in the jade market is endless and the price has risen rapidly. It has already attracted many people to enter the market and invest in the market; but at the same time, are they jade? Can I invest? Is it worth collecting? These issues remain the focus of controversy in the industry.

Xu Xiaoling, secretary-general of Shanghai Antiques Management Association, told reporters that Guilin chicken blood jade and Shennongjia chicken blood jade are formed between 1 billion and 1.3 billion years ago, and the Mohs hardness is above 6.0. The main components are calcite, dolomite and quartz. The red color comes from the iron and copper elements in the ore, which are different from the traditional Changhua and Bahrain. However, from the point of view of geological characteristics, the structure of Jinsiyu, Huanglongyu, Taishanyu, yellowstone and even chalcedony is basically the same, and it is a kind of silica quartzite. As a newly developed variety in recent years, it does not have the historical and cultural connotations of Hetian jade and jade.

"Compared to the four famous stone in China, these new jade species lack cultural heritage, and many people still don't understand it. The market's cognition and promotion takes time, not so fast, at least five or six years. It is necessary to get national recognition first and formulate relevant national standards." Xu Xiaoling said.

â€œJinshayu in Guangxiâ€™s Tunxi and Dunhuang in Gansuâ€™s Dunhuang jade seem to have a higher price, perhaps called 'Meishiâ€™, which is more appropriate.â€ Zhou Zhen said, â€œThe composition is probably similar to yellow and pure white. Quartz stone head. Therefore, it is suitable for making large-scale carving crafts. From the scarcity point of view, the reserves of quartzite on the earth are too large, although there is no scientific research, but I understand that their mineral deposits It should not be under Huanglongyu and Taishan jade. From these perspectives, it is difficult for these varieties to become potential collections."

Although in the eyes of the industry, there is still a big difference between the new jade and the traditional jade in terms of market acceptance and cultural heritage, its rise and development is still irresistible historical inevitability.

Xu Xiaoling said that whether it is jade, Hetian jade or bloodstone, the traditional jade resources that support the market are depleted in recent years. Therefore, its market price has been steadily rising, and high-end products are hitting new highs and are moving away from the consumption of ordinary collectors. In this case, the market activity must be maintained, and new jade species must come in. On the other hand, the appreciation level of jade for consumers in these years is also constantly improving, which also promotes the diversification of market demand, and the original is dominated by jade, Hetian jade, chicken blood and Tian Huang. The industrial landscape is also changing.

Must be in a state of mind

Undoubtedly, although these new jade species have a broad space for development, their price surges in recent years seem to be difficult to separate from the speculation of hot money.

Zhou Zhen has visited many jade species in several places. According to him, four or five years ago, a rare Guilin chicken blood jade seal was three or four hundred yuan, but now it can be sold for thousands or even tens of thousands. The price increase of Shennong chicken blood jade stone is even more crazy, from tens of thousands to hundreds of thousands or even millions of yuan. â€œGolden jade is now being operated by private capital. It is said that 90% of the original stones are hoarded by a big shop in Shanghai, and the market price is as high as nearly 10 billion yuan!â€

Zhou Zhen said frankly that in terms of market rules, speculation is difficult to avoid. In addition to the speculation of private capital, the local government's consideration of local economic development is also an important promoter behind the scenes. "But this kind of personal or organizational behavior, we can hardly grasp. But what you can grasp is your own collection mentality, because collecting and playing, in the end is a kind of spiritual pleasure and demand."

In fact, collectors instead of buying expensive jade that is already unattainable, it is better to pay attention to some new jade â€œpotential stocksâ€, which has become the consensus of collectors. Xu Xiaoling said that for collectors, some new jade species are indeed good. "Because I have gone to the field to inspect, including its original stone, the finished product carved with it, it is really good to say. For example, Guilin, Shennongjia chicken blood jade has high hardness, is not easy to wear, is not afraid of erosion, They never change color; and their red components do not contain mercury sulphide, which is harmless to the human body and more suitable for making parts. These are the advantages of new jade species. However, if you want to invest, you can still invest if you want to invest. The award-winning famous jade carvings will have some room for appreciation in the future, but other varieties should be treated with caution."

Xu Xiaoling said that with the development of China's jade collection culture, there will be more new jade species in the future. They are not necessarily a bad thing for collections, just look at what kind of mentality the collectors take. â€œChinese people have a long history of playing jade. There are more than a dozen kinds of jade that have been called jade for hundreds of years. They have also experienced a process of development from 'new to old'. In my opinion, these new How to evaluate jade species, academics, players, and markets all have their own reasons. But for players and collectors, it is more important not to be quick and quick, to treat them rationally, and to give new jade a chance to precipitate and develop." Xu Xiaoling said .

Loose hoodies is our new design,solid color make people clean and youth,the main fabric is 80%cotton 20%poly,fabric is feeling very soft and comfortable ,design is very personality and fashionable ,if u wear it,u will looks young and full of sunshine,we have various kinds of style for ur choice,if u would like to learn more details,please send us ur detail requirements,we will try our best to do well.