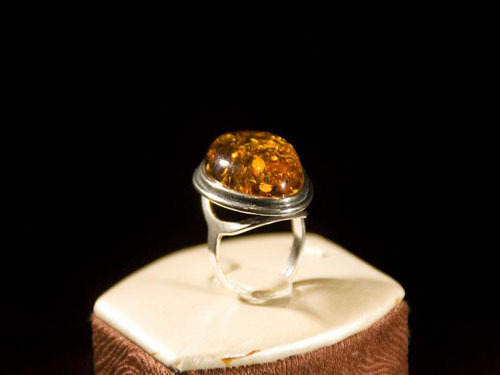 Until this year, the price of amber has risen continuously for three years. The price of some varieties has even risen more than 10 times. In the fourth quarter of last year alone, amber rose by as much as 30% and remained on the rise. Some industry insiders joked that 2014 is the "amber year."

However, amber has encountered the invasion of counterfeit goods. Someone took Colombian Coba resin for 2 million years of amber to flush it and fool amber enthusiasts. So how do we tell whether amber is true or not?

First, the salt water method puts amber without any inlays in a brine with a density of 1.2 g/cm3. If amber floats, it is proved to be true, but vice versa.

Second, the smell of the real amber in the friction will have a very light taste, smell the amber is the "smok". In addition, real amber burns and looses its scent.

Third, listening to the sound method amber really sounds soft and slightly boring when rubbing, and fake amber made of plastic (9955, -145.00, -1.44%) or resin sounds relatively crisp.

Fourth, weight amber amber is the world's lightest jewel, so the weight of real amber is much lighter than some fake amber.

5. The touch feels really amber, giving people a feeling of astringent and sticky, while fake amber has a relatively smooth feel.

In addition, there are some methods such as hardness testing, acidity and alkalinity that can also identify amber. However, due to the continuous upgrading of amber fraud technology, it is still advised that collectors cautiously start.