Posted on March 14, 2020
According to informed sources, Taobao Women's Brand has acquired the Angel City, a women's brand, and the two parties reached an agreement last week. 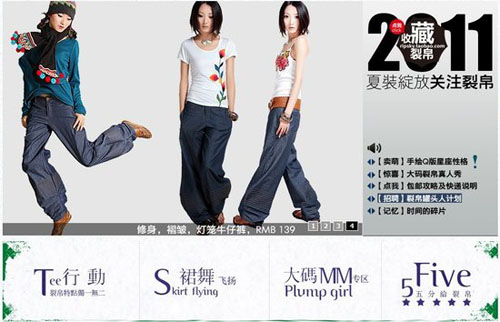 According to internal employees of the City of Angels, Scarborough has acquired Angel City, and Angel City is ready to send its marketing department to Beijing. However, the purchase price is not yet known to the outside world.

It is reported that the City of Angels was founded by Xiao A and settled in Taobao in 2004. In 2010 and 2011, she won the championship in sales of Taobao Women's Clothing category. Industry insiders estimate that Angel Cityâ€™s sales for the year 2011 exceeded 300 million yuan.

The fissure was founded in November 2006. The founders are the sisters of Tang Dafeng and Tang Xiaofeng. The design style is full of ethnic customs. According to media reports, in 2010, the annual sales of stencils were 80 million. In 2011, the sales increased to 200 million. In 2012, the target sales volume was disclosed to be 500-600 million.

According to the clothing brand industry insiders, in 2011 the market for cracks was similar to that of Angel City, but in 2012, the gap began to widen. Angel City C Store had sales of 170 million yuan in 2012. Tmall Store went live in June 2012 and its sales reached 61 million in December; while the sales of the cracked C store in 2012 were 188 million, and Tmall Store sold in 2012. The amount of 300 million, close to 500 million in volume. "The price difference between the two products is not big, but the angel transformation is a bit late, and the cracks in the supply chain are more likely to be successful."

For the above news, the officials of the City of Cracks and Angels have not yet responded.